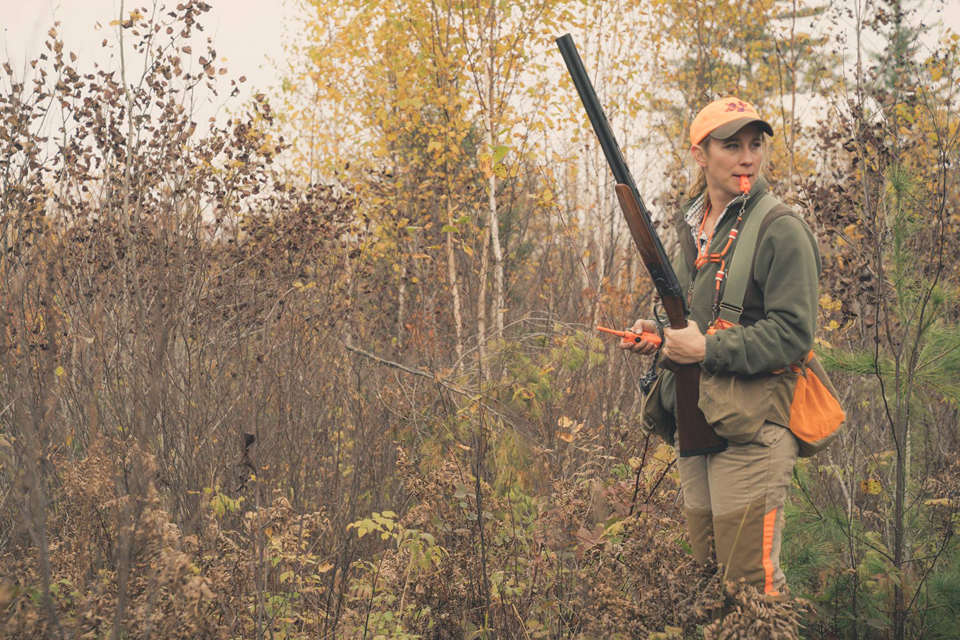 (Note: This interview with Meadow Kouffeld is from the book Why Women Hunt by K.J. Houtman and was excerpted with permission from Wild River Press.)

What is your favorite state to hunt?

“That’s tough, but I would probably have to say California, because that’s where I grew up. The waterfowl hunting is incredible, and there are a lot of big game opportunities. I’ll always have a soft spot for California, but I love grouse and woodcock hunting in Minnesota. The blacktail deer in California is what I was raised on, and they’re tricky. I love it!”

Do you prefer to hunt solo or with someone?

“Typically, alone, other than with my sister. I really enjoy hunting with her. But you do have to sacrifice your time for the future of hunting to mentor other people, or they just don’t get the opportunity. Otherwise, we’re being short sighted. Our sport is in trouble. I think Betty Wilkins said this at a DNR Roundtable, but girls and women need to see themselves in the media. They need to see good representations and can relate to themselves in that role. It all plays an important part in hunter recruitment: showing good role models in all shapes, sizes, and colors so other can relate—not just men.”

What is your favorite hunting equipment?

“A Beretta 686 over-under, only I wish I had a left-handed one. I’m left-eye dominant.”

Who do you wish knew and respected your hunting world better?

“Obviously, the anti-hunters, but I’d also have to say Hollywood. I’ve always been bothered by this, ever since I watched ‘Bambi’ and lay awake, upset how the hunters were portrayed as so evil in the movie. Still today, anytime taxidermy shows up in a move or a TV show, it is in a bad guy’s office or home with the mounts. Media, in general, vilifies hunting. There are exceptions, of course, but I think there’s a real hunter-as-villain subliminal effect. Those portrayals don’t help—even if it is or isn’t conscious. Media has such a control over how we think or perceive the world.”

What is your biggest disappointment in today’s hunting environment?

“I can’t stand most hunting shows. They’re terrible, and frankly, they’re representing all hunters, even though a lot of the shows are detrimental to hunting. It’s horrible how some even resort to poaching to get their ‘kill shot.’ It’s awful.”

What is your favorite sound in the woods or on a hunt?

“I love it all, but one of the most exciting sounds in the woods is the turkey gobbling. Second is the springtime sound of grouse drumming on a log.”

If you could hunt with any celebrity, who would it be?

“The guy from ‘Meat Eater,’ Steven Rinella. Or Jim Shockey, because I think he’s humorous and an interesting person. Maybe I was a little hard on hunting shows. They’re not all horrible.”

Do you hunt for meat, a trophy, or the “experience?”

“I would have to go with experience, then meat, then trophy. Some of my best hunts were DIY hunts on the Mexico border in New Mexico—the Hatchett Ranch in the shadow of the Big Hatchett. I was pregnant at the time, hunting with my sister, and shared the people and the place for mule deer with a muzzleloader. We’ve enjoyed a lot of great times together. My daughter shot her first grouse with her dad last year.”

“After going with my sister as an observer for ibex, I’d love to hunt for ibex or other argali species, like marco polo in eastern Asia or the Middle East. Part of my motivation is I’d like to go back to see the people we met there. There are so many bucket list hunts, it’s tough to list them all: bighorn and Dall’s sheep—a grand slam would be amazing; moose hunting in Minnesota was wonderful, but I’d love to go on a DIY float trip for moose in the Yukon or in Alaska; smaller antelope in Africa in their natural areas—they are challenging, and you get to see some incredible places. I was in South Africa this year with my sister. Amazing.”

Do you conquer fear, meet fear head-on, or “what fear?”

“For me, it is heights. I don’t do well with heights. My tree stands are usually 15 feet or lower. That’s my challenge when in cliff country for ibex, sheep, or goats. It would never hold me back from doing it, though. My biggest fear would be loss of life of a loved one or hunting peer, and that’s a healthy fear, because it keeps us vigilant.”

~By K.J. Houtman
Website | Facebook | Instagram | Twitter
Do you love to fish, hunt, camp, or hike? You can count on K.J. Houtman’s books (and magazine and web-based articles) to celebrate a love for the outdoors. As a writer-member of Association of Great Lake Outdoor Writers (AGLOW), Southeastern Outdoor Press Association (SEOPA), and Professional Outdoor Media Association (POMA), K.J. ties the outdoors to everything—from children’s books to adult non-fiction. Several of her books have been awarded “Excellence in Craft” from writers within these outdoor organizations. Based in the Twin Cities of Minnesota, K.J. is a graduate of Elmhurst College in Elmhurst, Illinois. 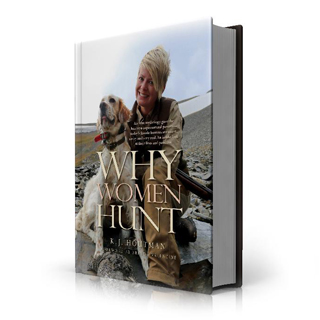 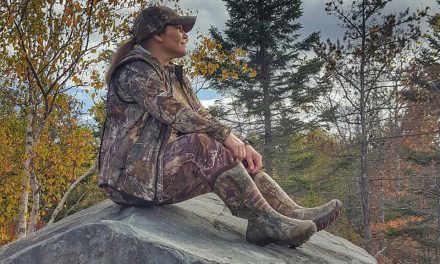 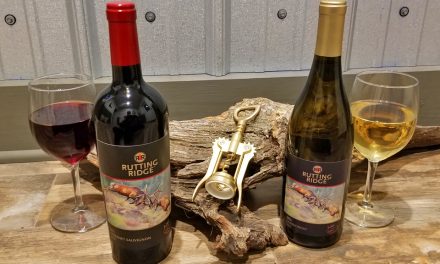 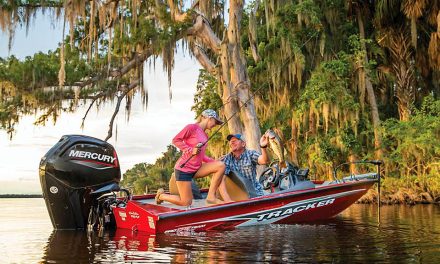 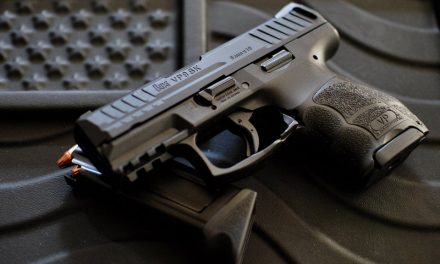